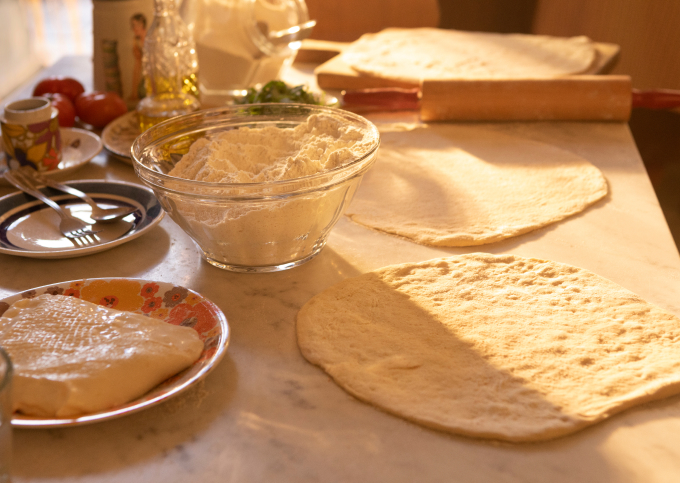 Loriana’s first piadina was created in Forlì over 40 years ago Loriana loved being in the kitchen. The cutting board had always been her favorite plaything ever since, as a child, she had watched water and flour come together to create something wonderful, her grandmother’s piadine (and her grandmother’s name was Loriana too)… The kind that were prepared only by hand, first making a dough ball and then rolling it out with a rolling pin. The kind that were cooked using a special griddle, the traditional “testo”, and the flame had to stay low, and you had to watch them and flip them over when the brown spots appeared on the surface. The kind that, when you took them to the table, immediately put everyone in a good mood, and were always good any way you ate them. Already as a child, Loriana had no doubts as to what she wanted to do when she grew up: she’d make piadine. She would make them exactly the way her grandmother did and she would make them with love.Because, as her grandmother said, “When you make thingswith love, they’re all much better. Everyone knows that…”